The main task of switching is to ensure the connectivity of the nodes within a single network (see InfiLINK 2x2 and InfiMAN 2x2: Switching). In order to establish the communication between different networks, a new class of devices (called routers) must be used (see Figure 1). This article describes the application areas and the configuration of the Infinet devices when used as routers.

Let's look at the differences in the processing of the service headers when performing switching compared to routing. The example in (Figure 1) will be used for this purpose.

When PC-1 sends data to PC-2 (Figure 1a), PC-1 fills in the service fields in the following way:

The switch receives the frame from PC-1 and redirects it to PC-2 according to the switching table. The data transmission is performed based on the Ethernet service header, since the transmission takes place at the data link level. This mechanism is called switching.

In the scenario where PC-1 sends data to PC-3 (Figure 1b), PC-1 fills in the frame's service fields in the following way:

Note that the IP packet header is left unchanged, while the receiver and the sender MAC addresses in the Ethernet frame header are changed. This operation was performed because the MAC addresses are used to transfer data within the same local network, i.e. when transferring data between different local networks, the MAC addresses will always be replaced. This data transfer mechanism is called routing.

The main function of a network is the ability to establish the communication between any arbitrary nodes that are part of the network. Using only packet switching technologies associated with the Layer 2 (Link layer) of the network interaction model has a number of disadvantages:

The IP network layer protocol, which is widely used to provide connectivity in large and global networks, lacks these disadvantages. The IP protocol is not a replacement for Ethernet, these protocols work together and perform different functions: Ethernet provides data transfer within the devices in the same subnet, while the IP protocol is responsible for global addressing and the communication between the nodes belonging to different subnets.

Currently, two versions of the IP protocol have become widespread: IPv4 and IPv6. Since the InfiNet devices currently support only the IPv4 protocol, the current article will only detail the operation of the IPv4 protocol.

The IP protocol provides 32 bits for addressing the nodes in the network, which are usually divided into four octets and written in decimal form, separating the octets with dots (Figure 2). Examples of IP addresses:

Figure 2 - Structure of the IP address

The network mask has 32 bits and is written in the same way as the IP address with one difference: the network mask consists of a sequence of ("1") bits followed by zero ("0") bits, i.e. the set of masks is preset and contains 33 values: from 0 to 32. The finite range of possible values allows to write the network mask in an abbreviated form, in which the number of single "1" bits in the mask is indicated after a slash (see the table below).

When configuring the devices connected to the network, the IP addresses are not used without a network mask, since the routing rules imply a different approach when transferring data to a device located in a different network, compared to sending data to a device in the same network (see Switching). Note that the network mask is set in the configuration of the device and it is not transmitted in the service header of the IP packet.

The IP address types can be divided according to several criteria:

In addition to the public and private ranges of addresses, several service ranges are allocated, for example for the multicast traffic transmission, for the loopback interface, etc.

Based on the function or role, the following addresses can be distinguished:

The place of the router in the network

There is no element explicitly included in Figure 3 that can be used to connect different networks to each other and to transfer data between the networks using IP addressing. Such elements are called routers (Figure 4). Usually, a router connects several networks of an arbitrary type, not just public and private, as shown in the example.

The routers have the following key features:

Figure 4 - The place of the router in the network

Let's look at the network diagram in (Figure 5), which includes the following elements:

The routing table is a collection of network addresses. The network address in the routing table that matches best with the destination IP address has an exit interface or a gateway IP address associated, that are used for transmitting the packet to the corresponding next hop in order to reach the destination. This logic is used by all routers along the traffic path, i.e. if there are 8 routers along the packet's path, then each of them only has information about the next router along the way, and this information is contained in the routing table.

Table 3 - Distance values depending on the route source

Each router along the transmission path has a routing table management algorithm. The algorithm is the following:

Data is transmitted using switching technologies within the same network, so router R1 does not participate in this process.

Figure 6a - Packet transmission from PC1 to PC2

Figure 6b - Packet transmission from PC1 to PC3

Figure 6c - Packet transmission from PC1 to the infinetwireless.com server

Speaking about the mechanisms for filling the routing table, two terms must be added:

The routing information sources are:

The routing table of the Infinet Wireless devices

Depending on the product family, the Infinet Wireless devices support different sources of routing information:

Further in this article we will present the tools for displaying and analyzing the routing information. These tools depend on the family of devices and will be shown below.

The routing information can be displayed in two ways:

The InfiLINK XG and InfiLINK XG 1000 families of devices support routing configurations for the management traffic only. The default gateway and static routes can be set. The routing information can be displayed in two ways: 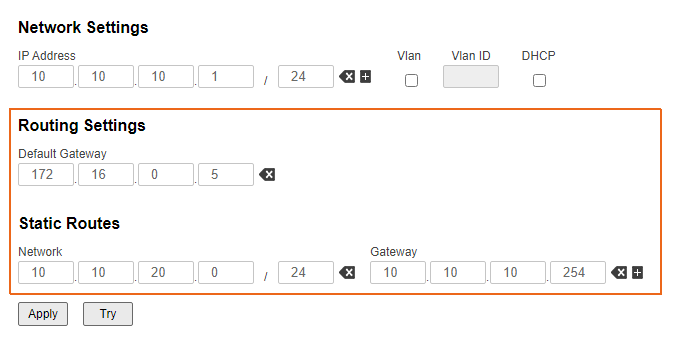 The routing tables of the Quanta 5, Quanta 6 and Quanta 70 families of devices

The Quanta 5, Quanta 6 and Quanta 70 families of devices support only routing configurations for the management traffic, allowing to set a default gateway. The routing information can be displayed in two ways: 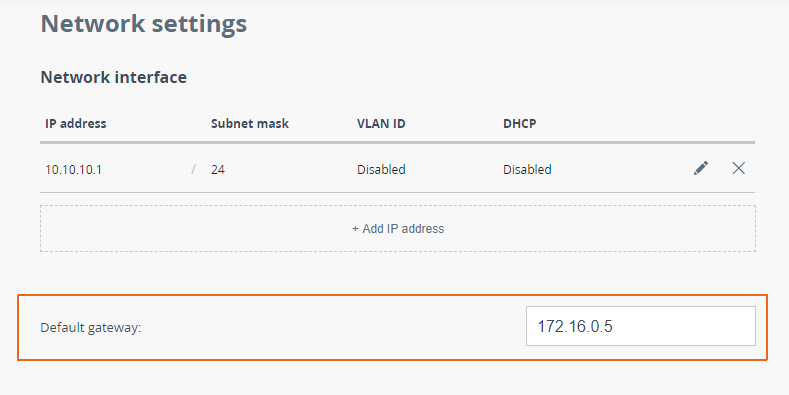 Figure 8c - An example of routing information output for the Quanta 5, Quanta 6, Quanta 70 families of devices

The article continues with: Static routing