Integration with InfiMONITOR is performed through software. For more detailed information please refer to the documentation of your NMS. 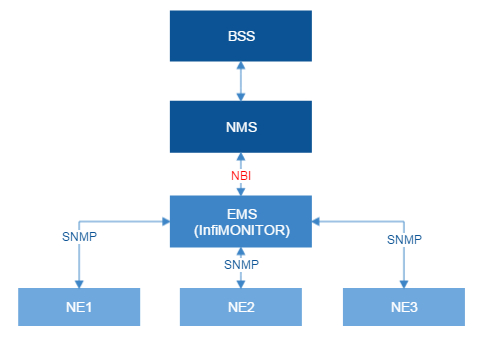 Northbound interface is implemented as REST API, through which the following data can be obtained from InfiMONITOR:

In order to obtain the link to the NBI go to the section "System" → "Integrations". For authorization use the access key noted in the "API key" field.

Figure - Link to the InfiMONITOR data

Find out more about REST API structure through the link above. Here you can manually execute queries for which you need to authorize with "API key".

You may download integration examples from the following link: https://github.com/infinetwireless/infimonitor-nbi-examples

MIB databases must be imported into your NMS to ensure proper message reception - https://ftp.infinet.ru/pub/INMS/MIBS/

In order to configure SNMP Traps sending go to the section "System" → "Integrations". There are the following parameters: 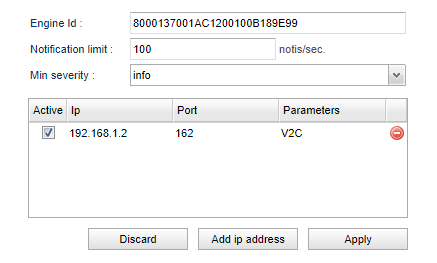